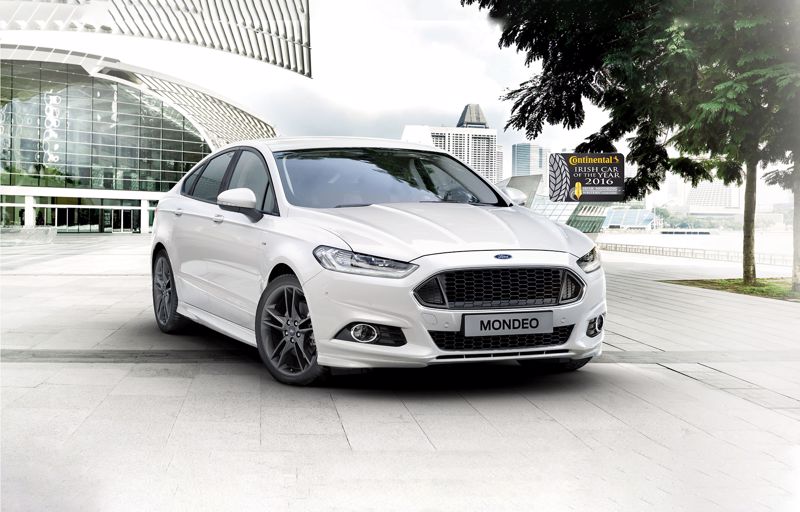 The Ford Mondeo has been voted Continental Irish Car of the Year 2016 by the Irish Motoring Writers’ Association. The announcement of the 39th Irish Car of the Year Award was made at an awards ceremony in Dublin on Friday the 20th of November 2015, attended by leading figures from the motor industry.

The Irish Motoring Writers’ Association judges awarded points on the basis of criteria ranging from design, comfort, safety, economy, handling and performance as well as driver satisfaction, value for money and technical innovation, with a maximum of 20 points under each heading.

John Galvin, Chairman of the Irish Motoring Writers’ Association, commented: “The Irish motoring writers have selected an exciting model and no doubt the 2016 Irish Car of the Year accolade will provide a huge boost to the popularity of the Ford Mondeo in the Irish market, particularly in the context of the current competitive economic environment.

Email or Call Me BackBook a Test DriveBook an Appointment